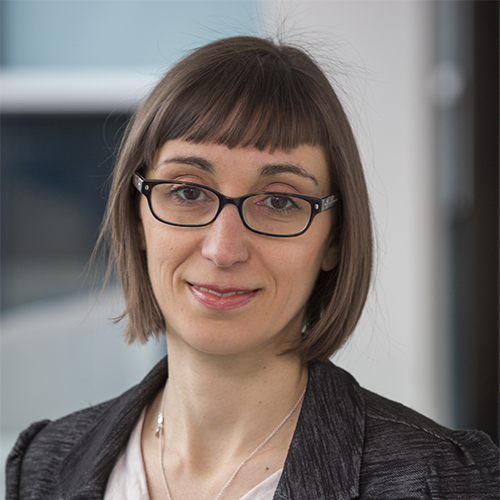 During the AY 2022-2023  dr. Squicciarini serves as a Program Director for the National Science Foundation under the CISE/CNS Secure and Trustworthy Cyberspace cluster.

Squicciarini’s main research interests include data privacy, access control and system security. Currently, she is exploring security issues in the context of social networks with emphasis on users’ privacy and online deviance. Her teaching activities cover topics in security and database systems.

Squicciarini earned her Ph.D. in Computer Science from the University of Milan, Italy, in March 2006. In July 2002, she received the equivalent of a combined bachelor’s/master’s degree in Computer Science, also from the University of Milan. From 2006 until the end of 2008, Squicciarini was a post-doctoral research associate at Purdue University. She expanded her research interests to include security for grid systems and digital identity management. She was involved in numerous NSF research projects on digital identity management and security for grid systems. Earlier, in 2003, Squicciarini was a visiting researcher at the Swedish Institute of Computer Science in Stockholm. The following year she was a research scholar at Colorado State University in Fort Collins, CO.

Squicciarini is the author or co-author of more than 60 conference papers and journal articles.  Her published research has been honored with  best paper awards at technical conferences. She is the recipient of a Google Faculty Research Award. Her research is currently supported by research awards from funding agencies and industrial support, including an NSF CAREER Award.

Squicciarini regularly serves as a program committee member for many relevant security and privacy conferences, such as ACM Conference on Knowledge and Information Management, ACM Symposium on Access Control Mechanisms and Technologoies, ACM AsiaCCS, and IEEE Conference on Distributed Computing Systems. She serves as program chair for ACM CODASPY conference 2015.

She is an associate editor for leading journals by the ACM, and IEEE.